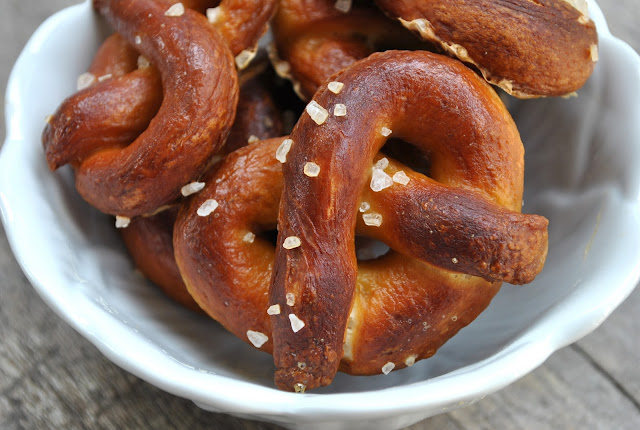 I tried pretzels for the first time at the Reading Terminal Market in Philly. I was visiting my friend Michael, who lived there at the time and who insisted I had to try 'those' pretzels. I had tried pretzels before, German style, at the cafeteria of the Goethe Institut in Barcelona, exactly during the World Cup of 2006. Liked them, but not so much. I've always been more of a hard pretzel person. Or I was until I tried 'those' pretzels.

They were soft, warm, yummy, salty but not so much and the perfect snack. I think I ate mine in 30 seconds flat. No kidding. It was that good. I thought making them at home would be an impossible mission. Oh boy, was I wrong. Ok, I'll admit it's not the best thing to bake in a hot summer day, but still, I survived the mission. 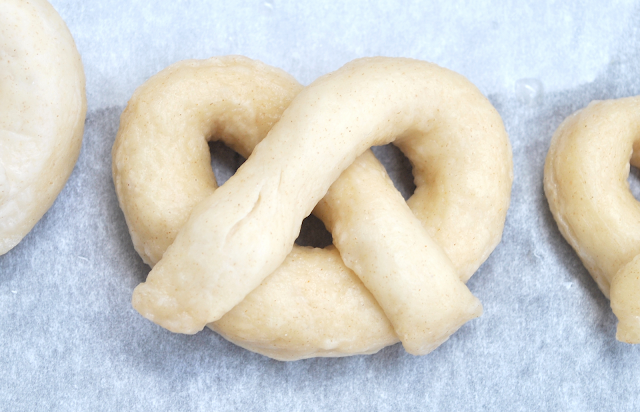 For those of you who are unfamiliar with them, the secret to that hard crust and soft inside is baking soda. The pretzels are briefly boiled in a bath of water and baking soda and then baked until golden brown. Of course, they wouldn't be authentic pretzels without those perfect coarse salt crystals. 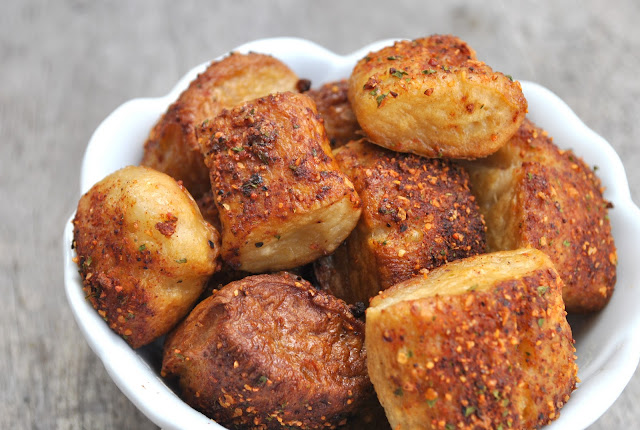 Now, those are not salt crystals, or twisty pretzels. What are they you ask? Barbecue pretzel bites! My friend B is obsessed with those barbecue pretzel bites from Snyders. He always says that they are the pretzel pieces that fall in the floor when they are making them in the factory. And obviously, to masquerade the floor-taste, they cover them in barbecue flavored powder. Hilarious, ain't it?
Well, floor or not, those bites are really yummy. I toyed with the idea of making hard pretzel bites, but apparently hard pretzels are not so easy to make. Instead I cut some of the pretzel dough in pieces and coated them with barbecue spice mix (the one you find in the supermarket for your meat). Not quite the same thing, but pretty tasty and more 'natural' than that suspicious red powder that coats the store bought pretzels.
Honestly, however you make them, just make them. They are ideal for some snacking at your summery grilling!

Recipe adapted from  Tracey's culinary adventures
Note: I made half recipe, got a bunch of bites and 16 small pretzels

Proof the yeast in half a cup of lukewarm water and the sugar. In a bowl, place the flour (start with 4 1/2 cups, you'll add the rest if necessary) and make a well in the center of it. Add the yeast, cooled butter and the rest of the water. Mix with a wooden spoon until the dough is not sticky, adding more flour if necessary. Let the dough rise for about an hour or until doubled in size. On a floured surface, roll the dough into long ropes, as thick or as thin as you want. Shape the dough with the traditional pretzel shape or cut it into little bites.
Preheat your oven to 400 F
Boil the pretzels in the soda bath for about 30 seconds each. Place them on a baking sheet, brush them with egg wash and sprinkle them with salt or barbecue mix. Bake the pretzels for 15 to 20 minutes, until golden brown. 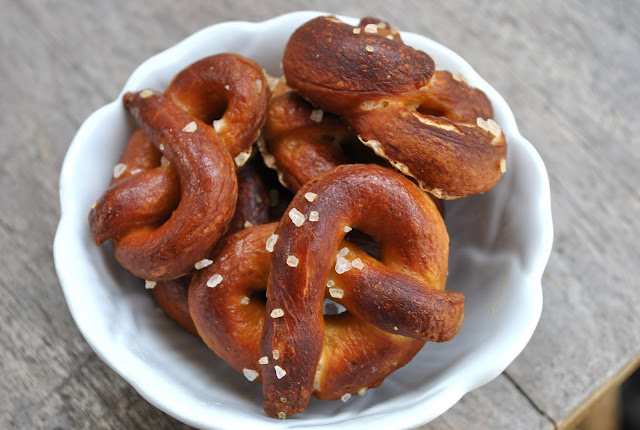 These pretzels were submitted to this week's yeastspotting!
Posted by Adriana at 2:33 PM

These look great. I hardly ever eat pretzels on the street because they are so unreliable. I think making them at home is a brilliant idea!

I've been wanting to make pretzels for ages! These look great and I like the bbq flavour too :)

I never tried to make pretzels, but it doesn't seem difficult. And they look sooo yummy :D I just hope your friend was kidding ¬¬

Melissa @ For the Love of Health said...

Now this is what I want to snack on!

I've never heard of the bbq pretzel bites, but it sure sounds good to me!

I just happened upon your blog. Love all the great recipes and super photos.

Both pretzels look delicious, but the BBQ bites! Wow!

Those look absolutely wonderful! Traditional German pretzels are made with food grade lye (and no eggs), but it's often hard to get. Your pretzels look like the real stuff even with baking soda!

Such a gorgeous looking pretzel :)